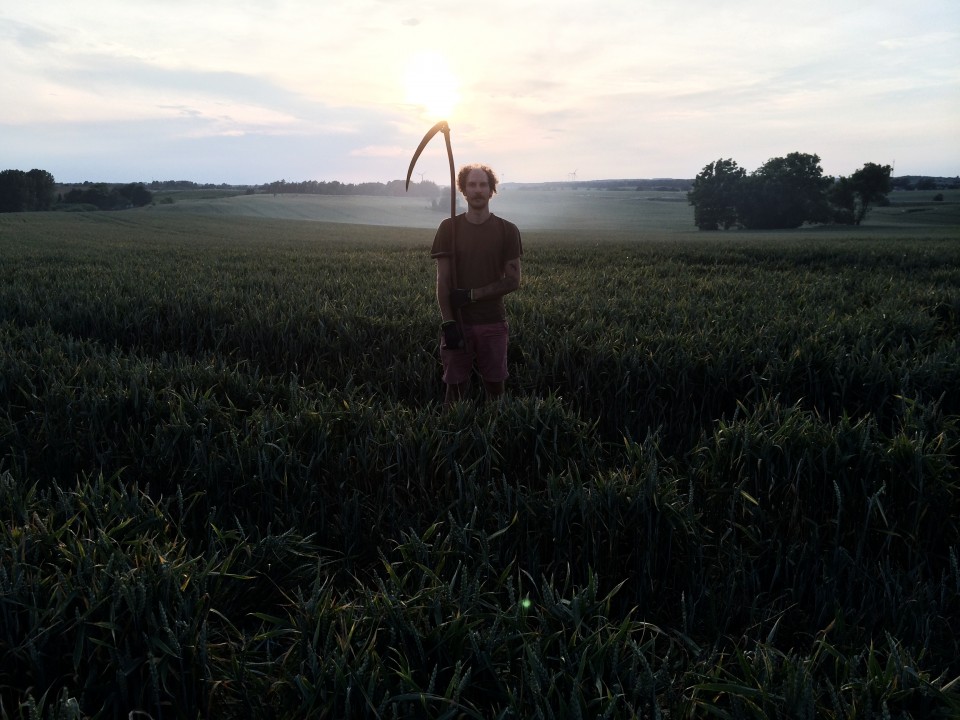 What and who are the major influences behind your work?

Could you please elaborate on the significance of mythology in your body of work?

S: “It inspires me to create alternative worlds, to invoke fantasies and stories. I’m interested in why something that has been fundamental for cultures through the ages, suddenly looses it´s meaning and is forgotten with modernization.

Even though mythology has lost connection to people’s beliefs in our part of the world, I think there is still a vibration left, like an echo of a long forgotten memory, and maybe I’m trying to catch that vibe in my work.”

What is the connection between your fascination of the forest and the Empty Head series from 2013?

S: “Black Metal and romantic painting. The teenager possessed by music and idolatry. Perhaps lost and disconnected from nature, society and family.

The Empty Head series has a similarity to the faceless figures in the paintings of Caspar David Friedrich, who turn their backs to the viewer, contemplating the great landscapes.

But in my paintings there is nothing to contemplate on, there is no landscape, no nature. Only some patches and band logos stitched on the guys jackets.”

What role does your nationality play in your art work?

S: “Probably a lot, though a bit ambiguous. My Swedish background has (probably) contributed with a frustration against modernity and rationality while my Serbian background has created a nostalgic and romantic view of peasant life. So the outcome in my work is a kind of romantic-melancholic psychedelic post-folklore.

I think it’s exciting to find the same symbols and imagery in folk art all around Europe and even around the world. For me it is more thrilling to think of the mystery of images and the mystery of the human mind than of nations and nationality.”