An oasis of flux with Odey Curbelo 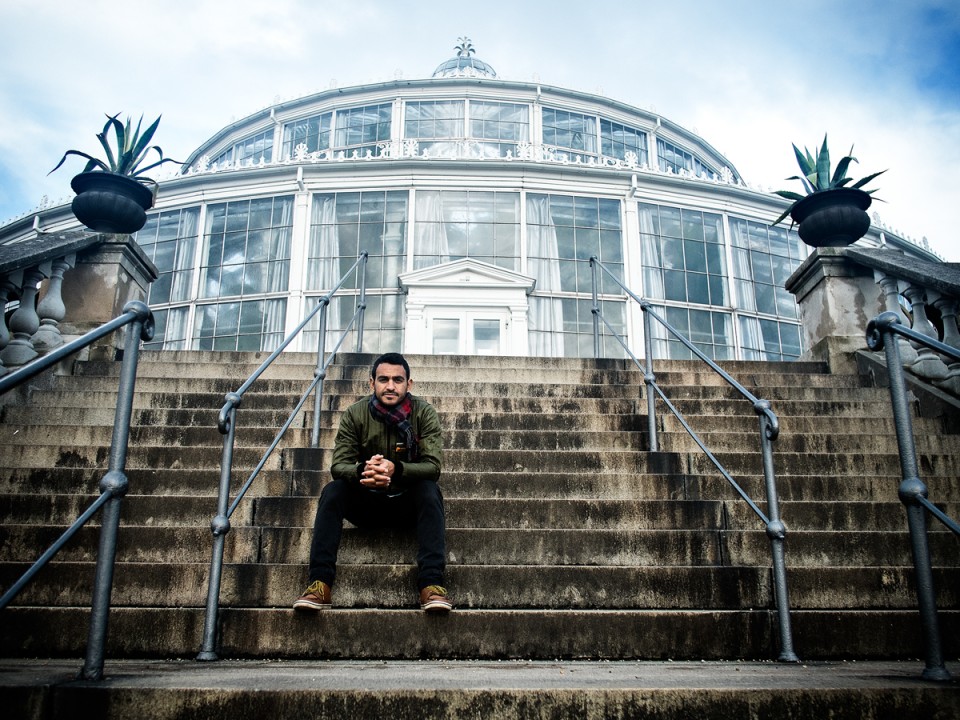 When he arrived to Denmark almost ten years ago Cuban born artist Odey Curbelo would occasionally go to the tropical house in Copenhagen’s Botanical garden for a fleeting feel of home. When we asked him for an interview he invited us for a walk n’ talk round the living museum.

All work photos courtesy of the artist.

Specks of blue sky and sporadic surges of sun light contrast the sharp cold on the late autumn day.

We move inside the warm glass and cast iron oasis.

CURBELO: “It is not that difficult to get out of Cuba anymore, they’ve opened up so people can travel back and forth – but when I got the invitation to come here it was still really, really difficult.”

Curbelo studied painting at the Academy of Fine Arts in Havana when he was invited for a six-month exchange program at the Royal Danish Academy of Fine Art. Exchange programs was one of few gateways out of Cuba at the time and after a six-month stay at the Royal Danish Academy Curbelo officially entered the masters program from which he graduated in 2007.

C: “I was into painting. The funny thing was that when I came to Denmark there were more painters in Copenhagen than there were in Cuba. In the academy in Cuba they were really going into a lot of experimentation with video and these kinds of social interventions.

– When I came to Denmark there were three painting schools in the academy.”

C: “The art community in Cuba has been very avant garde since the 80’ies so the art education system in Cuba, especially in the high level of education which I was involved with, has been quite open about whatever you want to do.

There were no restrictions dictating: ‘you have to paint’ or you have to do what ever. In that sense the tradition was like here: there were painters, sculptures, photographers, and multimedia artists all together.”

C: “They were really much into conceptualism and all the trends all around the rest of the world.

So being in the art world was like being in a little oasis because you had access to a lot of information about the outside world you wouldn’t normally have.”

Through out the academy and even now, assisting Danish–Icelandic artist Olafur Eliasson, Curbelo has stuck by painting – but his approach to painting transcends the mere object.

C: “There is always a dialog with something trying to reach out for something else.”

C: “Especially in the last 10–20 years there has been this wave of thinking about the agency of painting. The experience is not just tied to the painting as solitary object anymore; it is about how the object can activate things outside itself

– What is around the painting is just as, or sometimes even more, important than what is in the painting.”

– So in that way it is not only about the image it is about the agency of it.

There are so many details surrounding a painting which are often passed by or not taken as part of the work because the tradition of painting is about, well, the painting.

– I am not saying this is the only way to address painting but it is definitely one way to speak about painting in contemporary art, and an interesting one if you ask me.”

In addition to his paintings Curbelo curates shows in museums integrating their existing collections with his own works creating subtle dialogs traversing multiple topics. Currently he has curated the Niland Collection at The Model in Ireland whilst participating in a collaborative group show in the adjacent room

C: “The painting is just one piece of the whole dialog, just a fraction of the conversation.

For me it is about flux, the flux of the object and the other agents moving around. And then the whole perspective changes, then you see the image in a transitory way, not just as a fixed image anymore.

The work comes out of the relationship; out of all the interactions – the whole conversation becomes ‘the work’.”

C: “It is not about saying ‘painting is dead’ or ‘sculpture is dead’, nothing is dead today – it is all about keeping things in a flux.”