This week we interview two Scandinavian artists who work in very different media – one is a photographer the other a sculptress, and we introduce an artist run space which we think every photo enthusiast should pay a visit.

The work of Danish Fryd Frydendahl morphs her personal history with a point and shoot style creating photos that are both intimate and alienating.

Norwegian Ida Lennartsson builds spaces and objects that play on the emotional ambivalence of object vs. viewer.

KONTORprojects is a Copenhagen based artist run exhibition platform that strives to push the boundaries of photography. 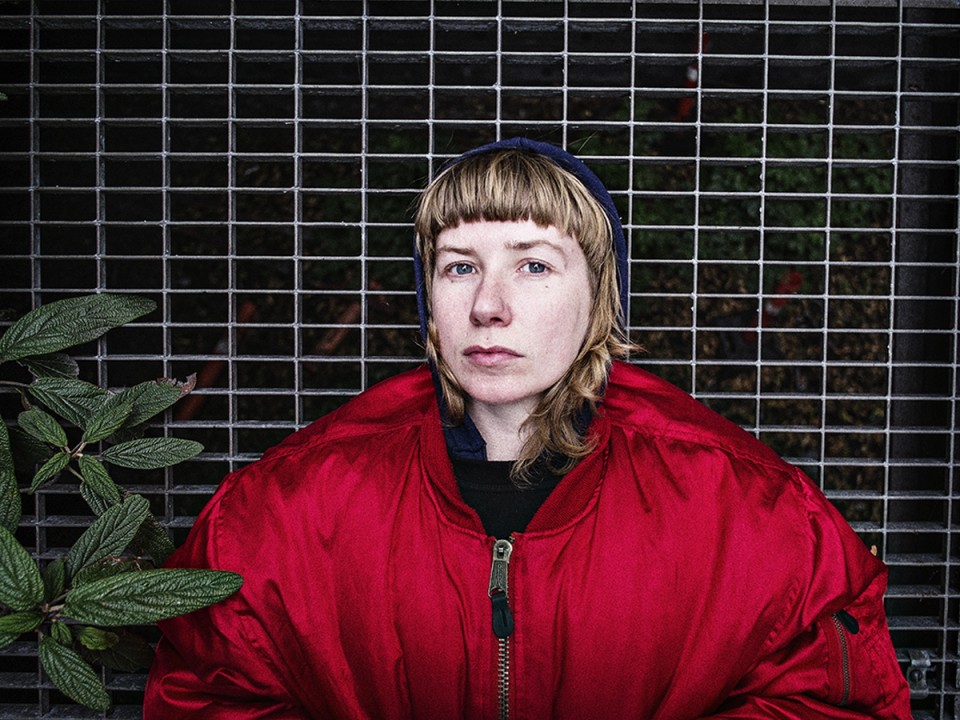 All works courtesy of Fryd Frydendahl, for more work and individual titles please check out her wesite here

PHOTOGRAPHER FRYD FRYDENDAHL b. 1985 grew up on an isthmus at the west coast of Denmark – an area of sand, ocean and marsh – but moved to Copenhagen at a young age. Fryd’s images are deeply rooted in her personal history and relations, so we invited her on a hunt for water and wild nature in the urban landscape of Copenhagen.

FRYDENDAHL: “If I have to make a portrait of people, I don’t understand, it becomes so obvious that I’m not connected, and then the whole thing just becomes irrelevant.

My work is so deeply personal”.

As she tracks through the city in her red bomber jacket Fryd elaborates on the necessities of being fully present when doing photography.

F: “Because of the camera there is a distance between the photographer and the world they depict, and I think that distance creates a      space      for heightened self-awareness –

I can’t seem to separate the pictures I take, and the characters I create, from the person I am.”

Fryd moved to Copenhagen at a young age, where she fell in love with the punk and anarchist movement, which she says will always be an important part of who she is – as important as the marshes and sandy shores of the wild west of Denmark where she grew up.

F: “Personality is as big a part of the piece as the camera is.

The subjects don’t have to be people I know, but I have to have an understanding of who they are. I have to understand ‘how they work’.”

F: “When asked to describe my photography, I say that I photograph reality with an added layer of imagination.

I hate the word ‘snap-shot’, it is a devaluation of photography; I do ‘point and shoots’, but there’s a structure behind it.

Forcing a specific structure upon your work just bares better results; I feel that good structure gives me the ability to navigate within the playful forces of the project.”

F: “When you’ve been taking pictures as long as I have things change: play is not the first element of the process anymore rather play enters as a ‘playing with structure’.”

She moves with a brisk pace through the cityscape leaning her body forward to counter the weight of her back pack.

F: “In photography you ‘objectify’ stuff  that aren’t really objects and you dismantle things that cant be taken apart.”

Fryd recently published the book Winter, a collaboration with artist and illustrator Halfdan Pisket, and she stresses the significance of sequential composition.

F: “I work a lot in zines (small self-made magazines red.) and there the main concern is composition of narrative: you can eliminate the implicit affiliation of a series of photographs by changing the sequence, color, title.”

F: “I mean, people can be completely knocked over by five pages if they are put together in the right way – and that’s amazingly beautiful.”

On our way back to the bikes Fryd emphasizes that her love of structure actually stems from an inspired challenging of form as such.

F: “I’m of the opinion that the dirty laundry is more interesting than the clean –

it’s devastating to hear people hold themselves back on the grounds that their idea ‘has been done before’ – if you think like that you remain in the structure, the mere form.”

F: “No moment has ever existed before – it is never the same light.”

All images courtesy of Ida Lennartsson.

What are the main topics that concern you in your artistic practice?

Lennartsson: “The main reason why anything gets done at all is due to issues of emotional ambivalence and contradictions, that I can’t seem to get a grip on or understand.

I put a lot of thoughts into how I present my work. The most important issue is how to show (/trick) the viewer, to make the viewer understand (/believe) the artworks true (/false) spiritual value.”

L: “Because what I dream of at night drives me crazy when I’m awake.”

Your work integrates many different textures and clashes of various types of material: What role does the material in itself play in your work?

L: “I’m obsessed with materials. They attract me. It is like a short relationship where the material comes over me. I try to understand it; how it moves and behaves, only to take it over and abuse it, to make it mine.”

Could you please elaborate on the concept behind the work ‘Hiding behind the horizon’.

“I’ve never managed to clearly talk about Hiding Behind the Horizon; I have put to many layers of thoughts in it, in too many directions.
But I have tried to hint the core of the project in the title: Hiding behind the horizon.

But then again, I think the title would best be described as a short cat video on the internet: the scene would contain a small plastic pool, at the back end of the pool a cat head would slowly arise. Out from a small breeze only visible from the water surface, the cat’s eyes slightly widen before the cat’s head again disappears from sight.” 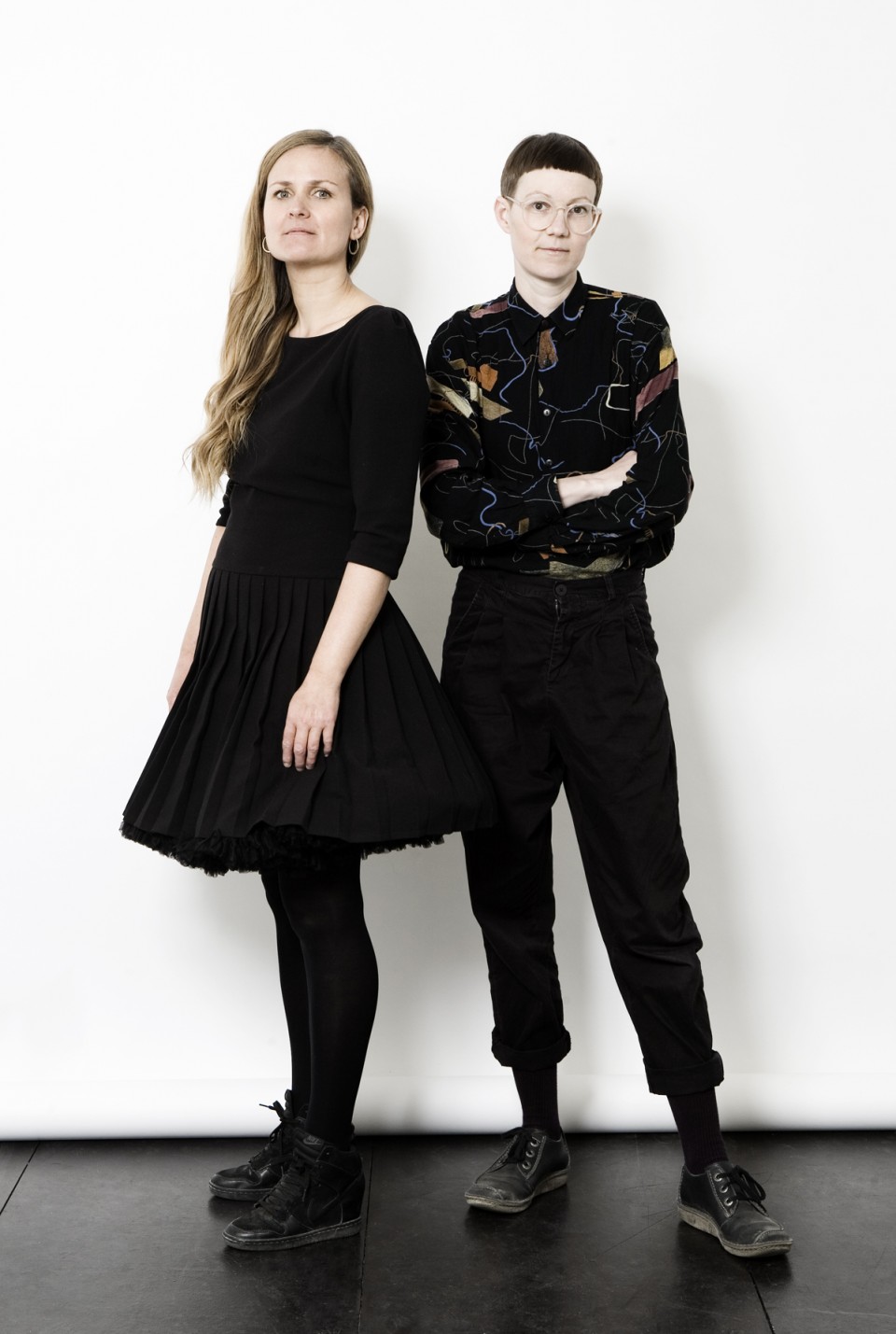 All photos courtesy of KONTORprojects, for additional information and individual titles please visit their website here

The spaces come in different sizes, have different lifespans and at times very different ideological pursuits. Common for them all, though, is that they depend on the goodwill of artists ready to invest their time in creating alternatives to the commercial galleries and government institutions.

KONTORprojects: “Our aim is to show photography that pushes the medium forward and explores unconventional subject matters and presentations to examine what photography can achieve as an art form.”

KP: “We are based in a small space in a cosy backyard in Copenhagen’s vibrant neighbourhood of Vesterbro. Our program spans solo shows, curated group exhibitions and performances. We work with both established artist and the latest emerging talent.”

KP: “We want to expand the knowledge of art photography and strengthen cultural diversity globally and locally. We regularly invite artists from abroad to exhibit in collaboration with Scandinavian artists.”

For more information about exhibitions at KONTORprojects check out their website here, or pop by the space at Værndamsvej 7, 1819 Frederiksberg C, Copenhagen, Denmark.

Also check out the personal websites of the KONTORprojects founders Jenny Nordquist and Louise Bøgelund Saugmann.