In this issue of Opaque we meet the talented Halfdan Pisket who started making comic books while attending the Royal Danish Academy of Fine Arts, at first as an escape from the alienating traits of the established discourse, but quickly because he found the media sublime in conveying deeply personal and complex stories.

From Sweden we’ve asked Magnus Dahl about his practice, that through various media examines the frail role of human relation to surrounding nature and the passing of time.

The featured artist-run space of the week is Swedish Box Gallery which aims at promoting contemporary Swedish artists, as well as introducing international artists to a Swedish audience.

Deserting the establishment with Halfdan Pisket 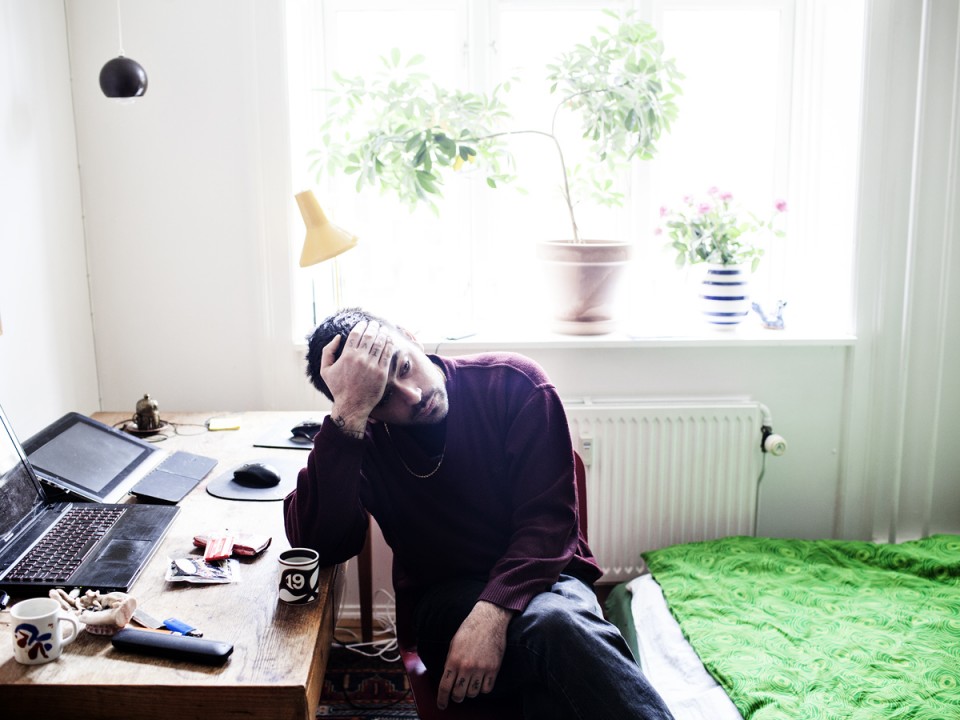 All work courtesy of the artist. For more information and individual titles please check out Pisket’s website here

Halfdan Pisket (b. 1985) graduated from the Royal Danish Academy of Fine Arts in 2009. After two years of study he got fed up with the structures and absurdities of fine arts and started making comics – now he makes comics and illustrations full time.

We met up with him in his flat / studio to talk about the boundaries of academia and his latest publication, the much celebrated The Deserter – a part real, part historic and part dreamy / nightmarish comic book in which Halfdan Pisket relives the dramatic life of his father.

PISKET: “Now I feel like no, no, no I don’t want anything to do with art.”

P: “I got into the Academy when I was 17. I’d been hanging out with artist like Fryd Frydendahl and Asbjørn Skou having a great time, so I thought I would meet a lot of like-minded people at the art academy …

The very first week consisted of a weeklong seminar from 8am to 4pm every day.

At the seminar this dude from Novo Nordisk [massive Danish pharmaceutical company red.] talked about self-branding and management.

– Not exactly what I expected.”

Scrapes his thumb with his index finger.

Time passed and the absurdities of certain elements of contemporary art piled up until one distinct experience made Halfdan decide definitively to take his artistic endeavors in a different direction.

P: “At one point my friend died.

I was completely devastated and couldn’t attend classes.

I told my professor about the situation and he replied:

‘I know how you feel. The important thing in a situation like that is to run a marathon, I’ve been running marathons for 10 years and I am never sad, just happy. All the time.’

I was speechless. He just kept talking about running marathons for an hour. He would have continued if I’d left the room, I’m sure.

I just sat there thinking OK this is insane – fuck this.”

P: “I decided I needed to do something that didn’t take up too much space and something I could do anywhere, so I started making comics.”

P: “I turned my attention from art history to comics and television series, entertainment became superior.

– I have learned more from the American TV-series The Wire than any lesson I’ve ever had in art history.”

The first comic Halfdan Pisket published was deemed too artistic by the critics, and even though it was tough to hear back then Halfdan accepted the critique and his new publication The Deserter follows a more traditional format
– but that doesn’t mean it’s been an easy process.

P: “It was an insanely tough process.”

P: “It is new for me to make traditional comics. Because everything is fitted into squares it is a real challenge to make every picture as good as it can be within the boundaries of the frame.

The rhythm, the level of detail, how much to cut away – there are so many considerations when putting together a narrative like that.”

In the build up of the storyline Halfdan has constantly balanced multiple contradictive strata.

So trying to create a story people understand which at the same time respects history and respects my dad, a story I can concede – it’s been mad.”

P: “I started out wanting to make it strictly biographical but that didn’t work out at all. He kind of needed to be freed from the reality he moved within in order for me to really describe it.

The result is a weird mix of part his story, part my story and part history.

– In a way the whole thing is me trying to relive his childhood.”

P: “I don’t know what the fad is at the academy at the moment but when I went there, it was performance and time based art, everything they spoke about could be applied to comics.

– But the beauty of comics is that no one takes them seriously.” 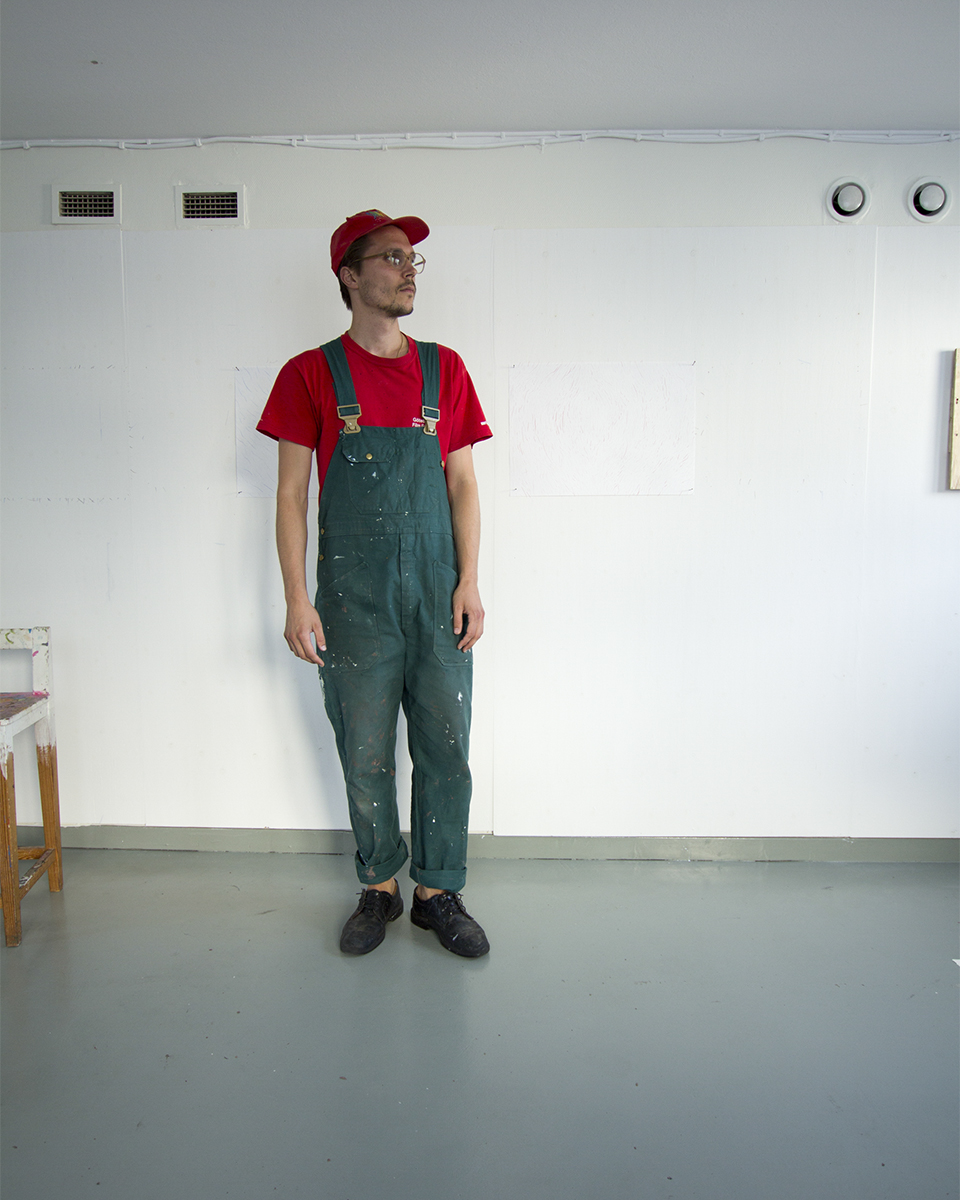 All images courtesy of Magnus Dahl, please check out his website for individual titles.

Born 1981 Magnus Dahl graduated from the Royal Art Academy of Stockholm, Sweden 2011. We mailed Magnus a couple of questions about his cryptic work that merge performance, video and wood cutting – this is how he replied:

Please elaborate the thoughts behind the Seven days project.

DAHL: “The development of the piece Seven Days evolved around process and performativity.

Through its conceptual frame – each day the removal of material from the wooden board and then the printing of it – a flow and a sequence was made visible through the technique of wood cut.”

D: “It became a daily report, an image, which in the end came to a point of dissolving into emptiness – the white sheet, the seventh day.”

How would you describe the general theme running through your body of work?

D: “The woods as a site and a scene is something that I continually come back to. Places where we as humans are at the same time rejected and have a notion of belonging.”

D: “In this dual state of alienation and homeliness a position and a certain gaze is offered. We could also give our selves to the surrounding woods if the forests allowed us to. For a short while become more like the forest; like pine needles, like moss.

That state and gaze is important for my practice and I keep returning to it; for the feeling of loosing and finding my self in the continuing work of formulations and configurations.”

What role does language play in your work?

D: “If we talk about the written language, like in literature, it is a huge source of ideas and images. At the same time I think of language as something that is bigger than text and reaches far outside the field of literature.

D: “The semiotic level or ideas helps me to bring the work forward, and further on that semiotic level could be seen as something of a method or a strategy for me as an artist.

Through a practice concerned with the semiotic levels in art, I reach a position where it is equally good to write a text, draw or to make a sound piece. I can free myself and move more effortlessly among my abilities and means.”

What are your main sources of inspiration?

D: “Inspiration is sometimes a bit overloaded as a word. I rather think of energy, the energy to do things, and that could come from many directions.

Literature and poetry are two sources of energy. There is space and room there for thoughts and images to elaborate. In literature there is space, cathedrals of possibilities. That kind of places makes me want to make art.” 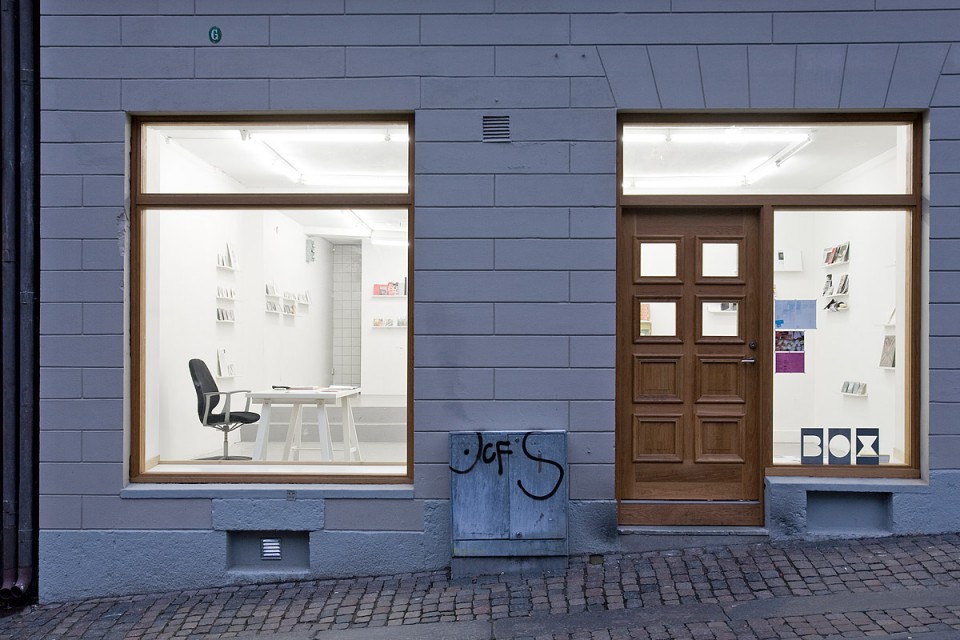 The spaces come in different sizes, have different lifespans and at times very different ideological pursuits. Common for them all, though, is that they depend on the goodwill of artists ready to invest their time in creating alternatives to the commercial galleries and government institutions.

Box is an artist-run space for contemporary art projects and exhibitions. Based in Gothenburg, the gallery aims at promoting contemporary Swedish artists, as well as introducing international artists to a Swedish audience.

Since the establishing of the project in 1998, Box has shown more than 100 exhibitions. With events such as exhibitions, artist talks, seminars and dialogues, Box has been able to build and establish its position as an important place of communication within the field of contemporary art.

For more information about Box check out their website here or pop by the space at Kastellgatan 10 in the city centre of Gothenburg, approximately a 3 minute walk from Linnéplatsen, on the same street as Gallery 54.