This week we interview two young artists who, each in their own way, deal with the contemporary strands of spiritualism, and we introduce an artist run space in Copenhagen which has a rather special exhibition concept.

The work of Copenhagen based Silas Inoue revolves around a part curious, part critical investigation of the ties between commercialisation and spiritual traditions.

Swedish Nadine Byrne on the other hand engages more bluntly in what appears to be an auto-generated spiritual or shamanistic practice, though denying any specific religious affiliation.

The doors of NLHspace are usually closed, however, the exhibitions can be seen 24/7

– have a nice scroll!

WE FELL for the way Silas Inoue crosses spirituality with contemporary consumer culture: you’re never really sure if he is being critical or praiseful of the phenomena he addresses.

– welcomed with coffee and cigarettes.

INOUE: “I work in the paradox between the fast paced life style of contemporary living

and the often neglected intuitive and spiritual

Smokes a cigarette and modifies his statement.

I: “It’s difficult to try to define one particular direction in my work,

it centers around a lot of different aspects and elements in contemporary society.

Silas Inoue graduated form the Royal Academy of Fine Arts in 2010 and
works with the complex ways cosmology and spirituality intertwine in the vast commercialisation of contemporary culture.
He engages these composite structures through medias like
ceramic sculpture, various installations and water-colour-painting.

He insistingly flicks
the little wheel on his lighter.

I: “There’s a critical element to my work, but also a fascination:

– even though there are things I definitely disagree with.”

Silas has just come back to Copenhagen from an artist residency programme in Rome, Italy where he, while living as a tourist, made an exhibition about tourism.
It was called Glitch and the whole thing was inspired by studies of the futurist movement.

I: “In tourism a location is typically traded for it’s authenticity,

but as we all know the commercializing act notoriously dissolves authenticity

– I find that kind of paradox very intriguing.”

I: “Compared to the futurists of the 20th century, who were obsessed
with speed, we, in our era, have actually ‘passed speed’ in a way.

When you snap a photo for a social media with a smartphone, for
example, the act and the mediation have fused into one instant;

it’s so fast that the sense of movement has disappeared, thus we
have in a way dissolved or transgressed the very notion of speed.”

For the exhibition X, he recently did in China, Silas made a sculptural piece addressing the industry of so called Virgin Hair in India.

In India scores of people travel to the Tirumala Temple to sacrifice their hair.

The twist is, that the sacred hair after removal is packaged and sold to beauty salons all over the world who use it as hair extensions.

– It is an enormous industry, and of course you never know if the hair you buy is genuine virgin hair form the Tirumala Temple.

“For the piece Extension in China I bought some of this virgin hair (allegedly from Tirumala Temple) online and attached it to a cherished paint brush, I had bought on my first trip to China in 2008

– it has now been transformed from being a tool in my studio to becoming a sculpture hanging on a wall in China.”

We hang around for one more cigarette while Silas tells us about a dismembered praying mantice he once smuggled back from Japan.

It had to be put down. 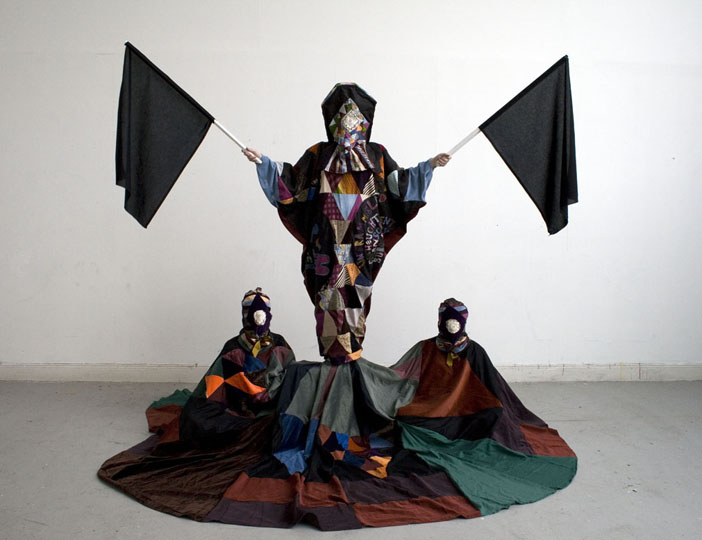 “Escapism is apparent in everything I do.”

Born 1985,  graduated from Royal Institute of Art, Stockholm, Sweden In 2011. Nadine has already exhibited her work in numerous countries. Through multiple media she explores the spheric boundaries between various understandings of the world.

Your work brings many different medias
such as music, poetry, clothing, sculpture etc. into play,
yet they seem somehow connected:

How would you describe the red thread
that runs through your body of work?

B: “My work is, whatever output it may have, immersed in my interest in alternative understandings of the world.
The ability to create a world of your own and at the same time be a part of something bigger than yourself is my constant attraction.
It is also, when it comes down to it, a great deal about resistance towards established societal systems.

When you create a world of your own, you turn your back on what is already there.”

B: “I have been focusing a lot on how these alternatives, be they religious, political, or mental have created an aesthetic discourse. At the same time my work has been a sort of therapeutic outlet, in which I revisit and explore past events of my family and me.

I don’t know if I have a red thread. But in the end I am just trying to create a world of my own. Escapism is apparent in everything I do.”

Who are the major influences behind your work?

My mother. And a wasteland filled with influences and dreams inside my brain.

Several of your pieces seem to have references to shamanistic or ‘occult’
traditions:

How would you describe your religious / spiritual beliefs?

B: “In working with these subjects I am completely in the role of an outsider. That is probably why I am so drawn towards them.

I have no defined religious beliefs. I am actually quite skeptical.

But I know there is more to life than what you can see.” 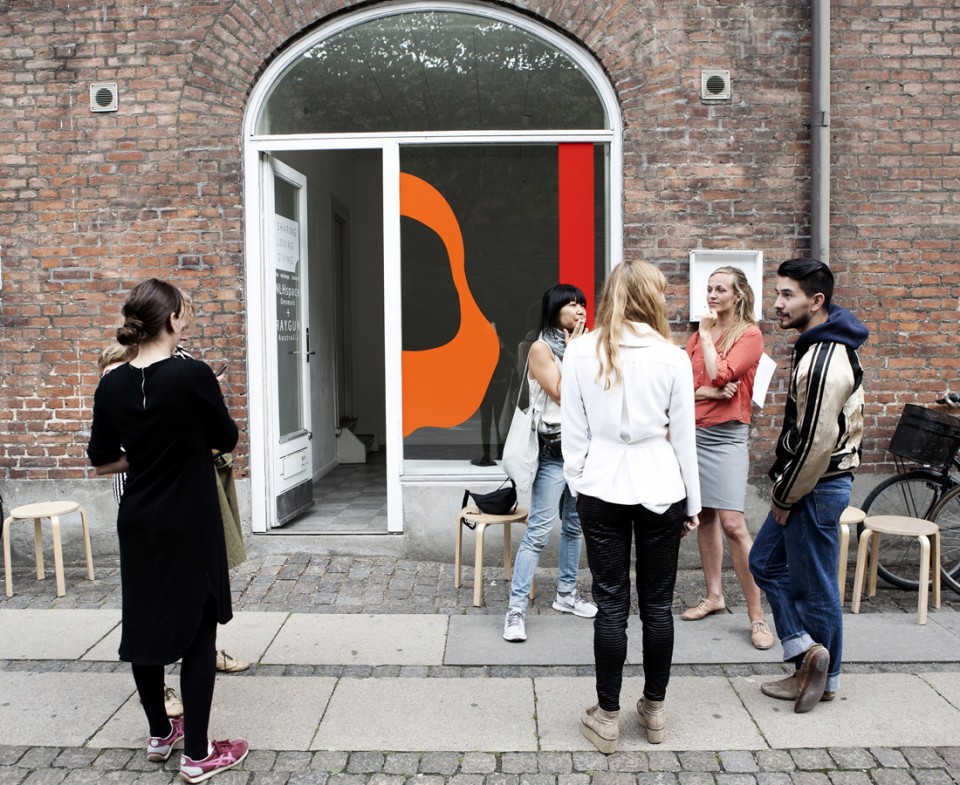 All photos by Camilla Reyman, courtesy of NLHspace.

The spaces come in different sizes, have different lifespans and at times very different ideological pursuits – common for them all, though, is that they depend on the goodwill of artists ready to invest their time in creating alternatives to the commercial galleries and government institutions.

Exhibition openings are the only time the doors are open at NLHspace – however, the space is always open for viewing, day and night.

NLHspace is an artist- and curator-run exhibition platform situated in an old store front close to the dynamic Carlsberg-area.

It is an open platform for emerging and experimental art practices.

This characteristic concept has created a space where each exhibition is developed to transcend the barriers of the physical space consequently challenging the borders between art space and public space.

NLHspace opened in 2006 initiated by the artist Nanna Lysholt Hansen and is today administrated by The Organisation – Association for Artistic and Curatorial Platforms.

Since 2011 artist Suada Demirovic and theorist and curator Louise Lassen Iversen has been part of the administration as well as curating exhibitions.