For this weeks issue of Opaque we’ve hooked up with Danish artist Lars Worm who’s work, though born from uncertainty, seems to strive for an almost self nulling simplicity and subtlety. 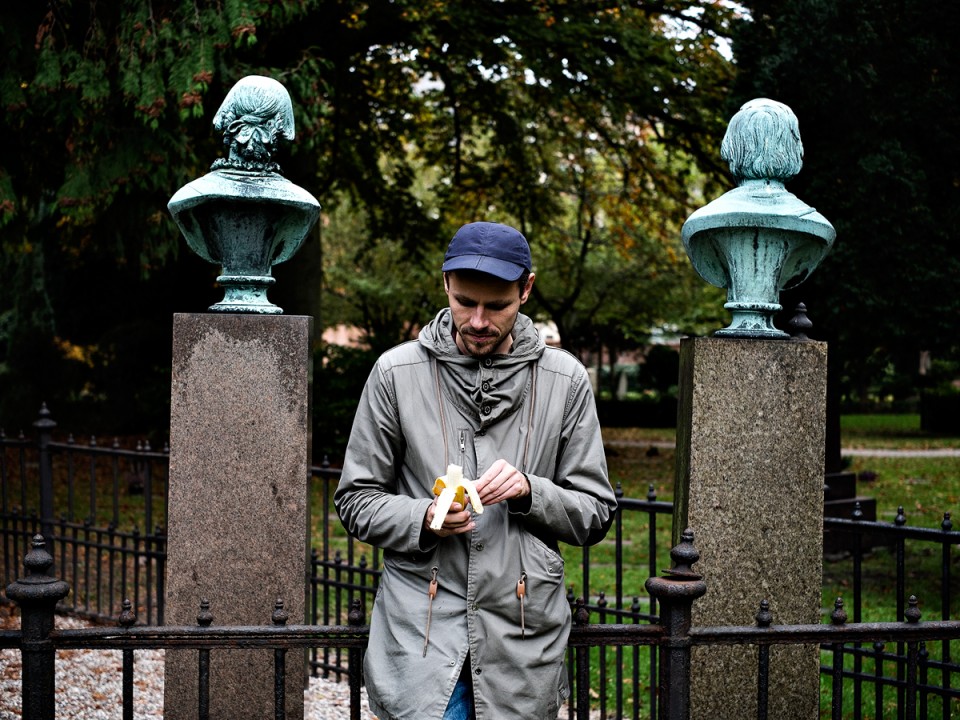 Danish artist Lars Worm (b. 1977) graduated from Funen Academy of Fine Arts, Denmark in 2009 and works primarily with sculpture and painting.

Worm greets us at the cemetery close to his house. We stroll the sacred grounds, old graves and new partly covered by foliage, passing joggers and mourners alike.

All work courtesy of the artist. For more information and individual titles please check out Lars’ website here.

WORM: “Well sometimes I’d say my work is about nothing at all actually …

just some sort of auto-gratification and an attempt to create as little as possible.

That may appear as just a clever way to cut corners, but rather it addresses doubt, coincidence and uncertainty.”

Gravel cracks under our feet as we traverse one of Copenhagen’s many multi-purposed cemeteries.

Worm grew up on the Danish west coast
in an area upholding Christian tradition.

W: “I find it interesting how the Danish type of Christianity can be bent almost as one pleases.

For example I had made a large block of wood to look like a rock, it’s called … well, stone made out of wood.

W: “Well my parents aren’t fanatics or anything like that, they are just good Christians from the west coast. What did affect me, though, was the years I spent at a Christian continuation school – that whole ‘decent living’ thing, it took me a while to rebel against, to muster the courage to say: ‘No I don’t believe that stuff.’

That transition weighed a lot on me when I was younger – I think I was about 17–18 before I took a decisive stand.”

Jogger paces by.
We cut across the lawn,
minding our step.

W: “Guess it was harder on me as since I was one of about five youths listening to heavy metal at the school instead of talking about tractors and the Bible.

They consistently installed fear in all of us, on my behalf it resulted in a general skeptical and doubtful state which in some ways still fuel my work today.”

W: “I find doubt curious as a phenomenon, it is both fuel and restraint. Doubt plays on many levels in regards to the artwork: too much or too little, and of course on a personal plane with probes like who am I? Who are we? etc.

And it really just multiplies the more you think of it.

A small face smiles up at us from behind a glass frame.
Tea lights, a teddy bear and miniature fire trucks guard the grave.

W: “Doubt can make you strive for perfection and wisdom but it can also flip and hurl you into despair.

I guess doubt has just become my companion and has been for a long while now. And I think it is OK. In the studio and in life in general

Mourners circle a tomb by the gate.
We head for Worms flat.

W: “My recent work is titled Ghost, partly because of their frail and delicate physique but also because I think ghost is a fitting term for modern man: we are born as ghosts, invisible in the eyes of the world. A rare few leave a mark the rest of us are just in transit.”

W: “Ghost also refers to the fact that my preferred mediums – sculpture and painting – are ghosts in the history of art.

Plus the fact that my production isn’t really original either, not much is when you think about it.

It’s nothing to be embarrassed about, just the way it is: echoes from the past.”